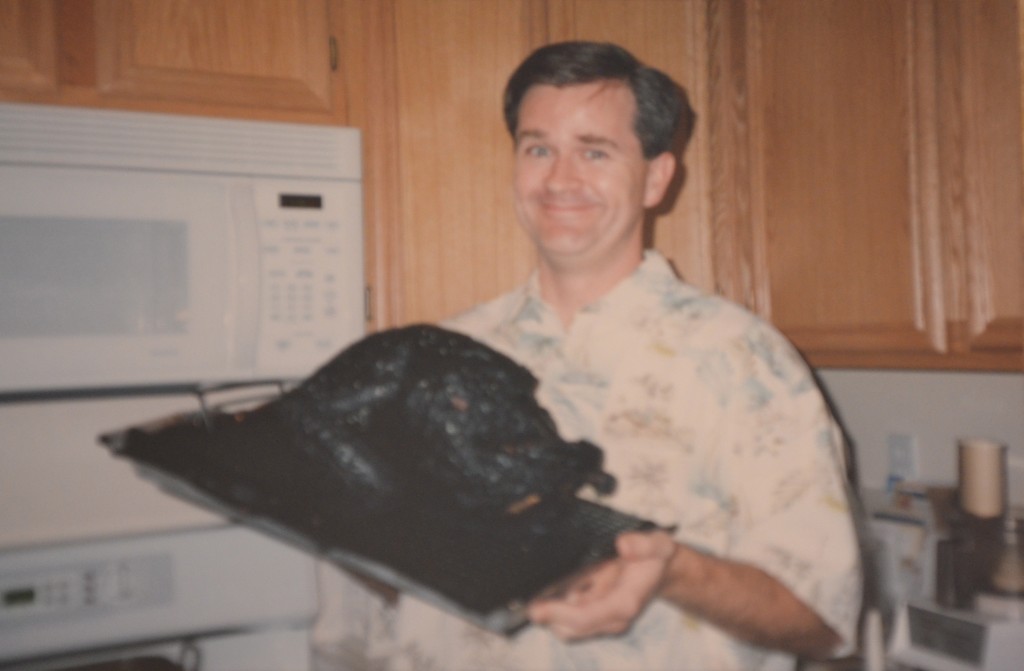 This recipe was not in the book!

I sold my book…and not at a yard sale!!!

Now, lest we get carried away, I should clarify that I sold exactly two copies of my book.  I did, however, manage to give away 231 copies for free.  That goes to show that the readers of this blog are both intelligent and frugal.  I count this a win, not because of the big bucks I raked in (though I can certainly use that $4.10), but because of the lessons learned.  Such as:

Do you see a trend here?  Feel free to go read last week’s post on procrastination if you are a kindred spirit…you may find solace.

The biggest win for me was actually in seeing this project through.  I’ve always wanted to write, but I’ve never done it.  Now I have.  Kinda makes me feel…I don’t know…like a grownup or something.  For way too many years I have made excuses…this year I made a book.

Before I leave this topic, let me point out to the 231 delightful free downloaders (not freeloaders, free downloaders), and my two purchasing heroes, that I am aware of some formatting glitches in the book.  It seems that even a PDF, which I thought was inviolable, gets rearranged when converted to Kindle format.  Sorry about that. I think that the content, at least, was unaffected, and I hope you found it useful.   I hope to have all the oopses figured out in time for my Easter book, which should be out sometime in June.

Hey, boys and girls, let’s play the irony game!  That’s the game where each contestant gives his or her best example of an ironic situation.  I’ll go first.

I know a man who just finished writing a devotional book for Thanksgiving, but didn’t even go through it with his own family!!  Now isn’t that ironic?

What’s that, little Billy?  Sounds more like hypocrisy than irony?  That’s accurate, but kinda harsh, bro—don’t bring the party down.

Yes, I know…it sounds pathetic, but this year we waaaaaaaaaaaaaay simplified our Thanksgiving celebration.  Cathy and Carissa were in dress rehearsal for their play—more about that in the next post—so they were out every night except Thursday.  When they were home, they pretty much slept, and were not likely to respond well to a wake-up call for devotions.  That left the boys with food prep, which means the basics: bird, taters, and cranberry fluff.  Still, we were together, and we found that we had many, many things to thank God for.

One tradition we did observe was our Five Kernels of Corn.  Long story short, each person writes down five things for which they are thankful.  We keep the lists from year to year, and one of the best parts of the evening is rereading the old lists.  It’s good to know, for example, that my daughter was once thankful for outer space, and my son was grateful for pants. Cathy is perpetually thankful for our health, while I, for the fourth consecutive year, am thankful that our cars continue to defy logic and run.

I pray that your Thanksgiving was a blessed one, and that you carry that spirit into your Christmas preparations.  Thanksgiving is just a day; giving thanks is a way of life.

Oh, and don’t forget to be thankful for outer space.