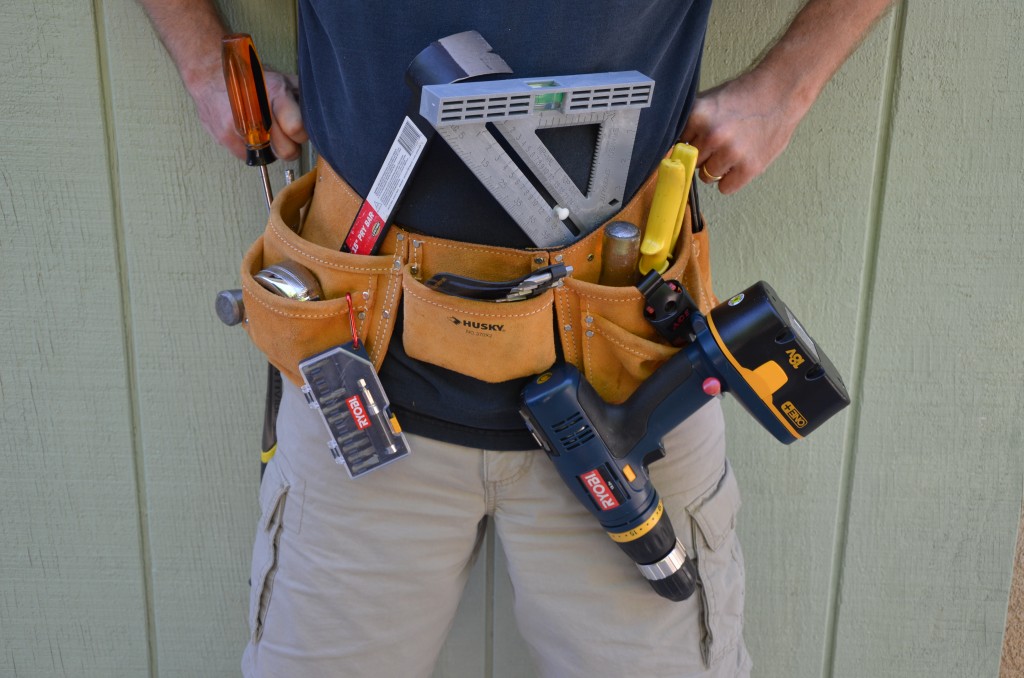 I’m not the kind of man one calls when one needs help fixing or building.   You will never hear it said, “Oh, call Michael.  He can help.  That guy can fix anything!”

I do learn, though.  For example, I learned many years ago that the heating element in your girlfriend’s oven should not be yanked from its socket while the oven is plugged in.  Doing so will not fix the oven, but will instead result in a rather spectacular fireball, accompanied by assorted singeing.

I have learned that while one may, in a pinch, use brake fluid in place of power steering fluid, the reverse is not true.  Doing so will result in the destruction of a 30 ft. flatbed truck belonging to your boss.  Who is also your Father-in-law.

I have learned that a new, big kitchen sink will not fit in the same hole as the old, small kitchen sink.

I have learned that electricity is not to be trifled with.

I have learned that any project involving Michael will take three-to-five times longer than estimated.

I have learned that, when one is on a ladder, and the last nail is just out of reach, one should not stretch out like a circus freak in an attempt to reach it.  Doing so will result in a fall from dizzying heights and permanent scarring.

I have learned that, when using a table saw for the first time in order to make Christmas presents, one should not ignore basic rules of safety and common sense.  Doing so will result in delayed presents, Christmas Eve in the emergency room, and stains in your garage.

All of these lessons come to mind as I consider a new project.  There is a room in our house which we use for homechooling the kids.  Being creative people, we call it the homeschool room.  (By the way, feel free to use the name if you wish).  This room is small, cramped, and not well suited to its purpose.  My beloved has been asking me to “do something about it” for years.  The problem is that remodeling the room would take extensive funds, which I do not possess, or talent.  You see my quandary.

My neighbor has come to my rescue and made my problem worse.  You see, he is one of those handy types, who sees no problem with ripping out his entire kitchen to remodel it.  He has blessed me with an abundance of his old kitchen cabinets which, if I were handy, I could easily use to remodel our homeschool room.  If I were handy.

Have you been reading?

Fortunately, God has not left me alone to face this.  I have a son, a thirteen-year-old who has the promise of being…handy.

Alec, like a lot of boys, likes to take things apart.  Unlike a lot of boys, Alec can also put them back together…and they work!  The kid fixed our DVD player not long ago.  He’s fearless…and he’s helping his old man remodel this room.

I’d be less than truthful if I said that I was excited about the prospect of this project.  In all honesty, thinking about it makes me twitch.  However, it will be great to work with my boy, to have someone to share the experience with and blame things on.  I’m sure it will even provide fodder for a post or two.

I estimate the remodel should take about two weeks.